Two of the most popular small SUVs on the market, the Honda CR-V and the Ford Escape both offer a relatively budget-friendly entry into the SUV market. But which one is the best option? 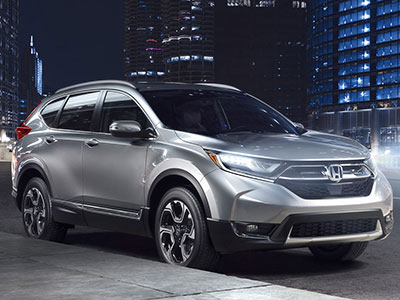 Both the Ford Escape and the Honda CR-V offer three trim levels and similar construction, with a rounded body style, room for 5 passengers, and 17-inch wheels. The Escape looks larger because of the boxier cargo area and window design, but the interior is actually a bit smaller than the CR-V. More traditional in its exterior look, with a three-bar grille and chrome accents, the Ford Escape looks rugged and intimidating with a smaller price tag than its Explorer and Expedition siblings.

The CR-V actually offers more leg and shoulder room, along with a sportier, more rounded design. With a honeycomb grille and a flared fender and spoiler, the CR-V looks smaller and sleeker than its contemporaries. Wide opening doors and flat door wells make it simple to get in and out, combining interior design superiority with an aerodynamic, futuristic design that makes the CR-V’s growing popularity understandable.

The Ford Escape provides the standard active safety options that you might expect on a vehicle in this class: traction control, power steering, a rearview camera, brake assist, anti-lock brakes. They add to this package some additional extras that might be impressive, like a package of airbags that includes knee protection, a post-crash alert system, and roll-stability and curve control features. Advanced trims offer reverse sensing systems as well as blind-spot monitoring with cross-traffic alerts. With these recommended advanced technologies, the NTHSA has given the Escape a 5-star crash rating.

The CR-V builds its safety package from the ground up, focusing first on its ACE construction. This approach, which designs the body of Honda vehicles to automatically divert some of the energy of a crash into crumple zones that protect all of those involved in the collision, is combined with other standard options like traction control, anti-lock brakes, and a dynamic rearview camera with guidelines. Upgraded trims offer pre-collision warning systems with brake assistance, lane departure warnings, and blind-spot monitoring. The layering of safety features on top of careful engineering puts the CR-V on top. 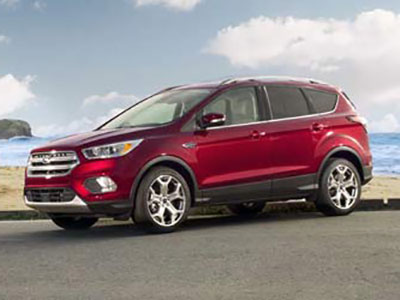 The CR-V offers many of the convenience options that we have come to expect in a new vehicle, including remote keyless entry and power doors and windows. They’ve added steering wheel-mounted cruise and entertainment controls along with conveniently located 12-volt charging ports.

The Escape takes these features and adds to them, with a driver’s footrest and not one but FOUR charging ports, which they call PowerPoints, which will appeal to almost any family full of cell phone users or iPad lovers. They also include a feature called MyKey, which allows owners to program a key to encourage responsible driving by restricting speed and entertainment volume levels with other drivers, another feature that would appeal to multi-driver families, especially ones with new drivers. The extras here tip the scales in favor of the Ford Escape.

The Ford Escape is reasonably priced, with its base trim around $23,000. The Escape offers a 6-speed automatic transmission with Select-Shift technology, which allows drivers to choose between an automatic mode or a semi-automatic Sport shifting mode. You’ll get an average of 23 mpg with the Escape.

The Honda CR-V’s base trim is a bit more expensive, coming in at $24K, but it sports some impressive performance changes from the 2016 model. One of these improvements is the CR-V’s lower emissions ratings on its 2017 model, something that puts it in real competition with other models that boast their eco-friendly approach to driving. Another important performance plus for the CR-V is its fuel performance, especially when compared to the Ford Escape. While the Escape gets 23 miles to the gallon, the CR-V gets an impressive 27 – a fact that will save you nearly $1000 in fuel costs over the next five years over the Escape, which is precisely the difference in price.

Learn More about the Honda CR-V

While the Ford Escape offers a solidly built, nicely designed, and well-equipped base model, the CR-V offers small but significant improvements over the Ford. With the CR-V, you’ll get a commitment to safety from the engineering to the airbags, a sportier, roomier design, and an impressive fuel economy that rivals some cars on the market. These considerations make the Honda CR-V the wiser choice.

*Any MPG listed is based on model year EPA mileage ratings. Use for comparison purposes only. Your actual mileage will vary, depending on how you drive and maintain your vehicle, driving conditions, battery-pack age/condition (hybrid only), and other factors. For additional information about EPA ratings, visit https://www.fueleconomy.gov/feg/label/learn-more-PHEV-label.shtml.